Coronavirus: 9 Films On Finance To See When You’re Confined

We are living in a period which will probably become historic. The impact of the coronavirus has been underestimated and government measures too late. 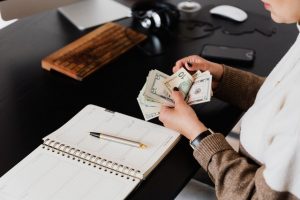 To prevent the spread of the virus, we are now in quarantine, forced to stay at home .

A good opportunity to see and re-watch the classics of cinema !

Whether you want to expand your culture, have a good time at home with your loved ones, or motivate yourself to earn more money, these movies will have you covered.

Let’s start with the greatest classic of films on Finance and its excesses: Wall Street .

The legendary story of the 1980s, featuring the rivalry:

Young Fox will do everything possible to enter this illegal and highly lucrative universe.

He succeeded in making a fortune and climbing the ranks within Wall Street.

Bud Fox ends up making an important decision, however.

This film is an adaptation of the book by Michael Lewis : The Heist of the Century, The Big Short.

The story takes place in 2005 on Wall Street , before the great financial crisis of 2008.

While governments, big banks and the media are optimistic when in the middle of finance and investment, four investors discover the real estate bubble .

They decide to take the opposite position in order to take advantage of the fall in the financial markets that they predict.

During the 2008 financial crisis, they then “wreck the century”.

Inspired by a real story set in the 1980s, the film tells the rise to fortune of Jordan Belfort (Leonardo DiCaprio), a young broker.

It highlights all the excesses of the world of finance : money, power, women, drugs and all the temptations that no authority has control.
Too much is never enough.

In the 90s, the film tells the story of a talented young broker who by his disproportionate ambition caused a financial disaster unprecedented in the history of the stock market.

The film tells the story of the creation of the legendary social network Facebook by Marc Zuckerberg (Jesse Eisenberg) from 2003.

We see the beginnings of Facebook within Harvard, the meeting with Sean Parker and the controversy with the Winklevoss twins. 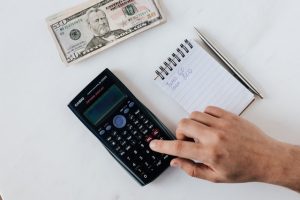 Do you remember the 2008 global financial crisis?

The subprime crisis, the collapse of the real estate market, rising prices, inflation and spike in unemployment.

This documentary reveals the origins of this historic crisis .

This Steven Spielberg film is inspired by the life of Frank AbagnaleJunior .
In the 1960s, from the age of 16, Franck used forged checks to travel to 26 different countries.

In 5 years, he worked under 8 different identities and pretended to be a lawyer, a doctor or even an airline pilot.

He will have used forged checks for a total of 2.5 million bucks.

This film illustrates what a person is capable of doing to earn money .
4 real estate agents are put in competition by their boss.

They have to sell worthless land within 24 hours. Whoever sells it first will receive the first prize, a Cadillac, the second a set of steak knives and the third will be fired.

This documentary chronicles one of the biggest business scandals in the United States: the fall of the Enron company in 2001.